As we drove east on Interstate 10 along Florida’s panhandle it looks as if someone is logging the roadside on either side of the small town of Marianna.

But as you go further east along the interstate you notice that it’s not overzealous loggers that makes the trees look like this. It’s the aftermath of Hurricane Michael, a category 5 hurricane that slammed the Florida panhandle last fall.

The trees are snapped off, mowed down, with only a few left standing.

Billboards are shredded and the official highway signs lay by the side of the road. It looks as if some giant redneck drunk smacked them against his forehead crumpling them like an empty beer can.

Two rest areas are closed. No one has gotten around to cleaning them up yet.

Mexico Beach, the quaint beach town that was wiped off the map by Michael, is where national journalists go to write their disaster updates.

But I haven’t seen a word about Marianna, a town about an hour north of the coast. Photos from local newspapers and television taken at the time show a downtown where the brick façade of businesses were stripped off. It really does look like a bomb went off in town. 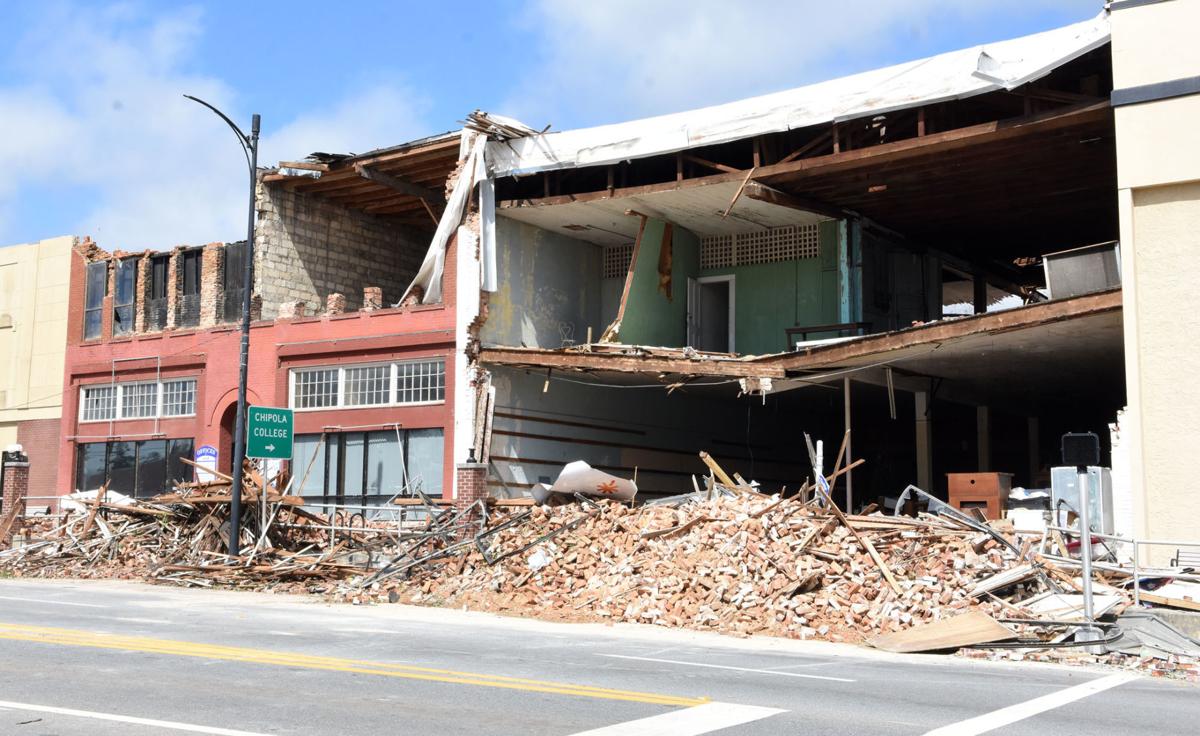 Why hasn’t anyone bothered to pick up the metal highway signs, I ask Joe as we drive past. Surely scavengers could make money off the metal.

Picking up road signs is number 2,999 on a clean up list that is only at number 2, he replied.

What I see makes me angry. Congress has failed to act to provide disaster relief for Marianna, Mexico Beach, the island of Puerto Rico and other communities hit by hurricanes, floods and wildfires.

Our representatives and president are letting us down. As I write this on the Friday before Memorial Day, it has been 271 days since Hurricane Michael hit the Florida panhandle and Congress is failing to act, again, to help the people its represents. A bipartisan bill for disaster relief was held up in the House by one lone Texas Republican.

One guy is keeping communities from rebuilding and picking up the crumpled signs along the interstate.

One guy is standing in the way of thousands of people rebuilding their lives.

View all posts by charleyandjoeonthego