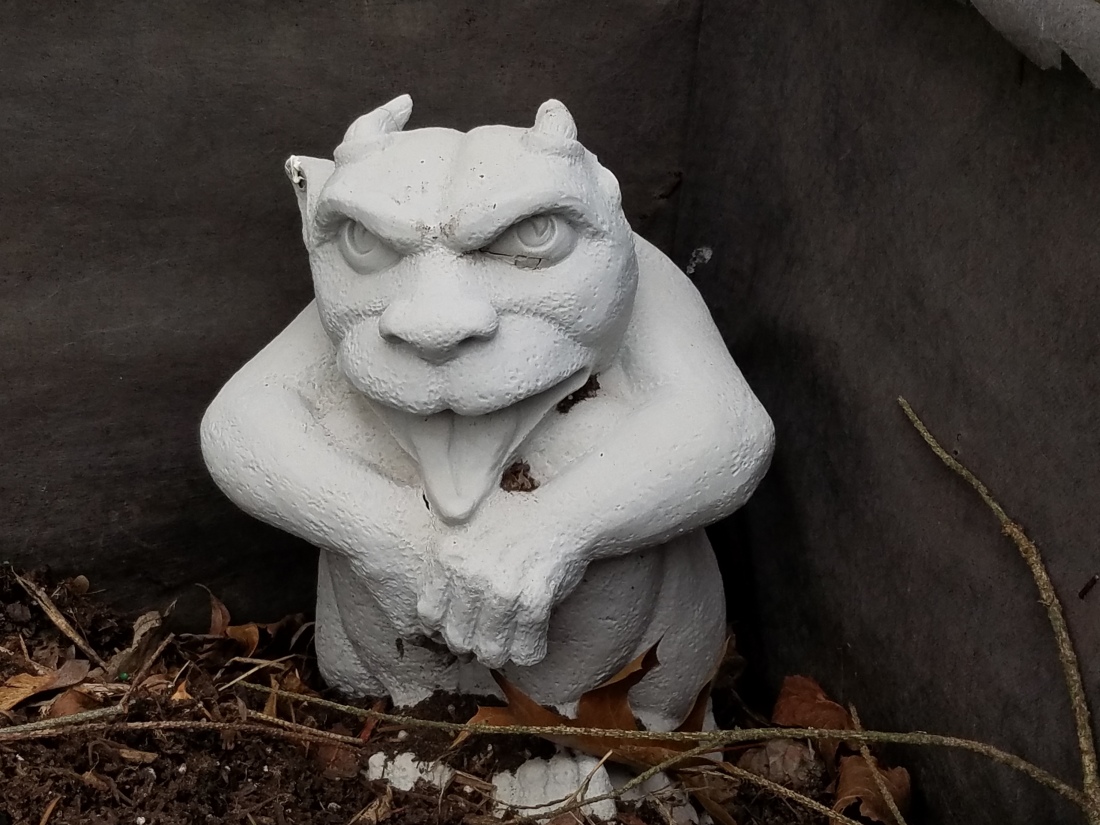 He has guarded my box garden for years, through bunny invasions, liquid summers and pesky deer.

I’ve liked Harvey ever since I saw him in the Walmart garden center. I’m always happy to see him when I’m checking on the tomatoes. He hides behind them when the plants are full of leaves.

But we’re moving into a 32-foot motor home and Harvey, and all the other little things I’ve collected over the years won’t fit. They have to go.

The teapots I got as Christmas presents, the antique furniture, the books I had to have hard copies of, the fancy Christmas dishes and the Pampered Chef I bought out of guilt at my girlfriends’ parties, all has to go.

Here’s a hard truth. No one wants your crap.

In some countries it’s considered rude to die and leave your junk around for other people to ditch. Old people get rid of stuff before they die. In Sweden it’s called “death cleaning.”

So far, my daughters have passed on taking my childhood solid maple bedroom furniture, the child’s rocker Aunt Frankie gave me, the tea cups collected by my grandmother, the baseball signed by the Pirates who won the 1960 World Series.

They either don’t want the stuff because it’s not their style or they don’t have room to store it. They have their own junk.

A friend advised calling an auctioneer to sell the stuff off.

On the phone the auctioneer said he would be happy to come over to see what we had. When he came over he barely glanced at our stuff before trying to get us to sell the house through an auction, where we would pay for all the advertising up front and he would take a cut of the proceeds.

We said no thanks. We just want you to auction off our junk. He told us he couldn’t sell our stuff. There wasn’t enough of it to make it worth his while. I guess we should have been hoarders. Then he told a racist joke and left.

I’ve found homes for some things.

One daughter took her grandmother’s pedal sewing machine. I donated two other electric sewing machines. Another person has said she’ll take the piano for her church youth center.

And the rest of the stuff is gradually going to our local Rescue Mission. Maybe they’ll make some money off my junk.

What I’m finding is that I can do without. I don’t need fancy Christmas dishes to enjoy the holiday with my family. I don’t need heavy Pampered Chef cookware to make a meal. And I don’t need a blanket from World War II just because my mom got it as a wedding present.

So I’m saying goodbye to things including Harvey.

I ‘ll miss ya Harve. But I’m sure someone will pick you off the Rescue Mission shelf and put you in their garden. The tomatoes should be good this year.

View all posts by charleyandjoeonthego

6 thoughts on “Nobody wants your junk”